Terracotta image of Jain Tirthankar dated 4th century BCE excavated from AyodhyaGold carving depiction of the legendary Ayodhya at the Ajmer Jain temple. Ancient Hindu Sanskrit-language epics, such as the Ramayana and the Mahabharata mention a legendary city called Ayodhya, which was the capital of the legendary Ikshvaku kings of Kosala, including Rama. Neither these texts, nor the earlier Sanskrit texts such as the Vedas, mention a city called Saketa. Non-religious, non-legendary ancient Sanskrit texts, such as Panini’s Ashtadhyayi and Patanjali’s commentary on it, do mention Saketa. The later Buddhist text Mahavastu describes Saketa as the seat of the Ikshvaku king Sujata, whose descendants established the Shakya capital Kapilavastu.

The earliest of the Buddhist Pali-language texts and the Jain Prakrit-language texts mention a city called Saketa (Sageya or Saeya in Prakrit) as an important city of the Kosala mahajanapada. Topographical indications in both Buddhist and Jain texts suggest that Saketa is the same as the present-day Ayodhya.  For example, according to the Samyutta Nikaya and the Vinaya Pitaka, Saketa was located at a distance of six yojanas from Shravasti. The Vinaya Pitaka mentions that a big river was located between the two cities, and the Sutta Nipata mentions Saketa as the first halting place on the southward road from Shravasti to Pratishthana.

According to one theory, the legendary Ayodhya city is the same as the historical city of Saketa and the present-day Ayodhya. According to another theory, the legendary Ayodhya is a mythical city, and the name “Ayodhya” came to be used for the Saketa (present-day Ayodhya) only around the fourth century, when a Gupta emperor (probably Skandagupta) moved his capital to Saketa, and renamed it to Ayodhya after the legendary city. Alternative, but less likely, theories state that Saketa and Ayodhya were two adjoining cities, or that Ayodhya was a locality within the Saketa city.

Place To Visit In Ayodhya 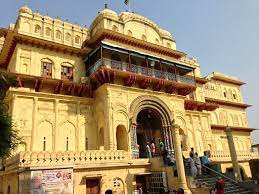 About the Kanak Bhavan Temple: The ‘Kanak Bhawan’ is the biggest, religiously one of the most important and architecturally an aesthetically built temple dedicated to Lord Ram and his divine consort Sita. It is located in the pilgrim holy town of Ayodhya in the state of Uttar Pradesh of India. This shrine is a marvelous sample of temple architecture and design, and is the most beautiful and attractive structure in Ayodhya. 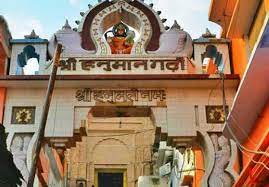 Hanuman Garhi is a 10th century temple of lord Hanuman in Uttar Pradesh, India. Located in Ayodhya, it is one of the most important temples in the city along with other temples such as Nageshwar Nath and the in-construction Ram Temple. Located in the middle of Ayodhya, 76 steps lead to the Hanumangarhi which is one of the most popular temple complexes of Hanuman in North India. It is a custom that before visiting Ram temple one should first pay visit to Lord Hanuman temple. 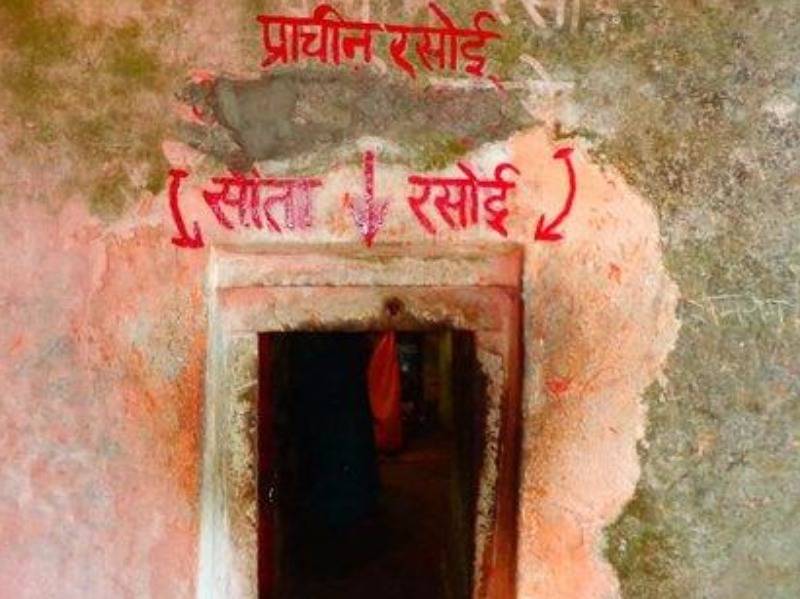 Sita Rasoi – is one of two Sita kitchens in Ayodhya. This Rasoi shrine is in the basement and quite beautiful. It has on the floor three tiles patterned in green, white, and black also a concrete-block sitting place; a concrete-and-tile rolling board; and a molded-concrete rolling pin. Near the back wall is an oven (chulha), and above it is a shrine to Sita. The panda described the Janmasthana as the place where Rama was nurtured and spent most of his childhood, and he said that the kitchen was where Sita cooked her first meal for Rama’s father, Dasharatha